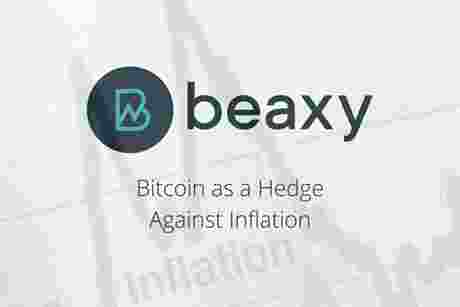 Nonetheless, with its known behavior, it is apparent that Bitcoin would recover, shining yet again to continue its winning streak as the cryptocurrency industry’s most sought-after digital assets. Furthering its charm, various financial institutions are declaring a most interesting claim: that Bitcoin has the potential of becoming a competent hedge to safeguard investments against increasing inflation. An even bolder claim? Bitcoin is a more competitive hedge than safe-haven gold. These are remarks that defy expectations. Gone are the days when one would elect to buy bitcoin with its novelty being the sole consideration. Bitcoin is indeed treated as an actual investment despite the demand for greater liquidity and its apparent inclination to consume more energy when being mined. But that does not answer the major declaration at hand:

Is Bitcoin really a good hedge against inflation?

What Is Known So Far

When the claim was made, banking institutions are quick to point out that Bitcoin as a hedge is owed to three things:

The third reason of course is a direct result of the first two. While investors are well aware of the possible hiccups in its market tenure, institutional investors are turning to digital assets like Bitcoin and away from gold as the pay-off might come in the long term.

If it means anything, the sudden rise and sudden fall do bring great promise especially if a crypto trader is thinking of hedging. Simply put, there is a promise of profit for investors, regardless of whether they are the institutional type or not. But in actuality, it is Bitcoin’s performance the year before (at the height of the first wave of Coronavirus infections) that had market observers and analysts making the conclusion that Bitcoin guards against and bests inflation.

So How Does Hedging Combat Inflation?

Analysts affirm inflation’s role in strengthening an economy. For what it’s worth, it serves to grow an economy further. However, when dealing with money, it is advisable not to hold on to it when a country’s inflation is in full effect. When one puts money in the bank while waiting for inflation to blow over, what the asset holder really does is make his or her money lose its purchasing power.

So how does one put money into good use during a bout of inflation? This is where the concept of hedging steps in.

Performing hedging through one’s cash only means the asset holder should be turning his or her savings into a stores of value. This comes in the form of investing one’s money in stocks. And as already made apparent by the premise of this article, Bitcoin can serve the cause just as well.

A good store of value is a primary consideration when thinking of assets to use as a hedging tool. As this is the case, investors use bonds, shares, and even precious metals as their go-to instruments. With the case of Bitcoin, its viability is augmented as it is considered a hard asset. It is seen as such in light of Bitcoin’s endemic capability of increasing its value and maintaining it for the long run. Apart from these, certain properties should be seen for an asset to be considered a hard asset.

The asset should be durable, meaning it should have steady demand throughout; scarce meaning the asset’s supply should be limited so as to make room for increases in demand; accessible meaning it should be widely available and accepted across the individuals participating in the market in light of its store of value.

In an earlier segment, we have mentioned that Bitcoin had seen its price reach an all-time high and suffer a 32% plunge in value. However, investors all over still concur that these are no tell-tale signs that the digital asset is bound for a tumultuous future. In fact, investors remain optimistic about Bitcoin, maintaining their position that Bitcoin can shield itself from negative price fluctuations, seeing the digital asset as a store of value that could guard against inflation.

However, there are those who remain in constant doubt about Bitcoin. These market participants do not credit Bitcoin as a store of value at all that would be able to best the confounding effects of inflation. This they suppose due to Bitcoin’s reduction rate in the event that its price in the market fall. These are the same people who are of the opinion that the value of exchange for BTC to USD bears no definite correlation or sound proportionality. As such, when one decides to buy bitcoin, it may just be out of novelty, or worse, following a fad.

As mentioned earlier, Bitcoin’s slip of 32% in the earlier months of 2021 came after its rise to an All-Time High. And while we may expect the plunge as a natural after-effect of reaching Bitcoins’s ATH, some take it as a sign that BTC is not a store of value at all, but instead an evaporating value.

What We Could Take Away

Upon the question, if Bitcoin could act as an effective hedge, it would be wise to practice due diligence. While Bitcoin has been around for years, its intrinsic value and future in the market still appear to be murky due to its constant rise and fall in price. Comparing it to a safe haven asset like gold with relation to its potential to be a hedging asset is somewhat unjustified and undeserved.

However, it is also true that with the rise of crypto technology, its developers have been coming up with new innovations faster than the price of any other traditional asset can rise. That being said, with Bitcoin’s potential for wealth redistribution, its sophisticated security system through cryptography, and the attention that it gets from institutional investors, Bitcoin can easily be rendered scarce and durable, leading it to be accepted as an asset worthy of being considered a store of value.

Bitcoin still has a lot to prove and we must be wise in ascertaining the financial instrument that could truly guard against inflation.

Top Blockchain Startups: In the Metaverse