Bitcoin as a Long Term Investment

It’s no secret that cryptocurrencies like Bitcoin are some of the most volatile assets that can be traded. This has been the case since BTC first hit the scene in 2009. As the markets for digital assets have matured, volatility has subsided across the board but still remains high relative to more traditional assets such as stocks and bonds.

In the short-term, cryptocurrency investments tend to feel riskier as a sudden drop of 10-20% is always on the table. However, the top digital assets by market capitalization such as bitcoin and ethereum have consistently risen by over multi-year timeframes.

In this article, we are going to dive into how long-term investors may benefit from bitcoin’s volatile nature through various market conditions. This will take into account BTC’s performance in the first two quarters of 2021 and look at what analysts have to say when comparing Bitcoin to gold as a long-term investment. Follow along as we consider whether or not to buy Bitcoin to hold for the long-term.

What Crypto Holders and Traders Might Be In For 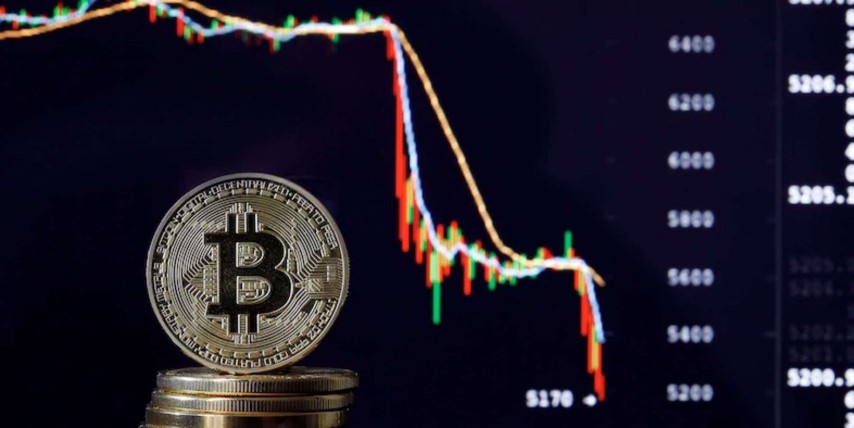 The past two months alone go a long way to demonstrate just how volatile assets like Bitcoin can be. The pertinent question to be asked here is after the Bitcoin crash, how did avid investors hold up? Was it an easy decision to simply just abandon ship or be steadfast in trading or holding BTC? Investor activity and overall market sentiment have definitely been impacted by the recent drop in bitcoin’s price. It may also stiffle short-term price appreciation as newer investors are more apprehensive to buy after large drops.

It must be noted that institutional investors are not generally short-term sellers. On the flipside, these types of investors are more prone to changing their mind about any position that they hold.

On the other hand, it is not surprising to know that there a number of institutional investors who chose to change directions and moved to gold for more stability as the cryptocurrency crash took place. To most, a move from Bitcoin to gold is not at all foolish given bitcoin’s recent volatility; it is still considered to be a safe-haven asset that BTC is competing with.

Back in mid-May, Elon Musk, the tech titan and leader of Tesla, announced that the company will stop accepting Bitcoin as payment for its electric automobiles, looking at the coin’s energy consumption as the main culprit of his distaste. The announcement is seen to have caused at least a portion of the 50% decline in Bitcoin price from the highs in April to the lows in May.

China has also been making headlines with Bitcoin. The country’s government is allegedly working its way through the implementation of a policy that would ban the trading and mining of Bitcoin altogether. It’s still largely unclear how China plans to approach Bitcoin and other digital assets. Rumors of a China Bitcoin ban have been circulating for years but not yet materialized. The recent news out of China is also considered to have attributed to the 50% crash in Bitcoin’s price.

The Bitcoin crash is seen by some as being beneficial by creating opportunities for the market to balance-out and continue to mature at more sustainable rates.

By most accounts, it seems that institutional investors are comfortable with their bitcoin holdings and potentially look to expand them. They saw the plunge as an opportunity to allocate. With the newcomers to cryptocurrency being largely shaken out. This is more likely to happen when buying Bitcoin with a short-term mindset.

But What About Elon Musk?

Now this is a good question. Musk, while seemingly responsible for some portion of cryptocurrency’s recent crash, claims he was simply looking out for the environment. Given his advocacy for sustainable energy, it would be somewhat hypocritical of Tesla to continue accepting Bitcoin as payment for the company’s vehicles. As already mentioned, Bitcoin’s consumption of energy has been a hot topic of debate amongst crypto-enthusiasts and environmental advocates.

Many still question what really motivated the CEO of Tesla to walk back his support for Bitcoin. At the end of the day, Elon Musk may have been thinking about both his advocacy and reputation. With the media pouncing on everything they can, it wouldn’t be long before Bitcoin got attacked for its energy consumption.

Scrutiny is No Match for Bitcoin

For mostly mysterious reasons, Bitcoin always seems to be placed under a microscope. The media takes any opportunity they can to unfairly malign this generational technological and economic innovation. And, the legacy financial system pushed back hard against cryptocurrency for nearly a decade. While the latter are beginning to come around, there will always be an incentive for mainstream media outlets to try to capitalize on sensationalized headlines about bitcoin and the entire cryptocurrency ecosystem. Luckily for long-term Bitcoin inventors, the price has continued to rise over the years despite a constant deluge of negative headlines that are often manufactured.