Crypto Comes Under the Spotlight

The media have “done a fairly poor job of coverage for the last decade and it’s almost always negative coverage,” Samson Mow, Blockstream’s chief strategy officer and Pixelmatic’s CEO noted during an interview.

This may explain why some in the crypto community have not been exactly happy with the way that mainstream media agencies have been painting their community to the public at large.

However, it now looks as if mainstream media have finally come around reporting on more than just price lists and negative developments on crypto market news.

The Economist, an international weekly newspaper that caters to current affairs, international business, politics, and technology, published its second crypto-focused article in September. In its cover piece, The Economist acknowledged the importance of decentralized finance (DeFi), describing it as worthy of “sober consideration” and noting its “potential to rewire how the financial system works”.

Another recent instance wherein mainstream media took notice of the crypto sector was on September 14, when a member of The New York Times’ editorial board wrote an opinion piece comparing Bitcoin to cosplay. However, the comparison was probably not meant in a good way.

Considering that Bitcoin alone has a $906.13 billion market value and a BTC to USD exchange rate of 1:57,037.80 as of writing, it is only fitting that mainstream media may have finally decided to look at more than just the prices and shady activities that are rarely associated with the crypto sector, and report on its benefits and impact on the future of finance.

The renewed interest of mainstream media notwithstanding, it is still noticeable that the people reporting on the activities of the crypto sector have little understanding of what is actually going on. As adjunct professor at American University’s Kogod School of Business Francine McKenna noted, most of the things in the crypto sector are “in an inscrutable technology space that most liberal arts major journalists will never understand.” McKenna further adds that she often hears them remark about those things being “too technical”.

Knowing that the people in mainstream media outlets have little knowledge of the crypto field’s inner workings, one might ask what could have led them to pursue reporting on a field wherein they would be out of their depth.

Why the Mainstream Media Flocked to the Crypto Sector 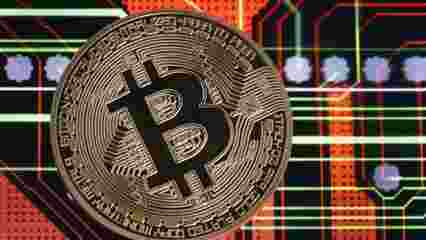 Until recently, experts on and other people knowledgeable about cryptocurrency and blockchain technology have kept their discussions on particular niche-type publications. This led to a shortage on the general public’s knowledge about the crypto sector.

However, as the coronavirus pandemic raged on, more individuals as well as financial institutions took an interest in cryptocurrency. The market volatility during the height of the pandemic drove investors to seek refuge in safe-haven assets, one of which is digital currency.

As more financial and commercial establishments incorporated the use of Bitcoin and other cryptocurrencies in their systems, the crypto sector has come up on the mainstream media’s radar. Magazines and newspapers were suddenly talking not just about the often-mentioned prices in cryptocurrency exchanges but also about blockchains and decentralization.

In short, the mainstream media followed the flow of institutions flocking tothe cryptocurrency sector during the pandemic’s height. As Sean Stein Smith, assistant professor in the Department of Economics and Business at Lehman College, said in an interview, “The media is catching up to what financial institutions seem to have figured out earlier this year.”

While the mainstream media’s attention typically comes and goes when it comes to crypto, Kristin Smith, Blockchain Association’s executive director, noted that it appears to be becoming more constant. She further remarked that the increase in coverage of the regulations over the sector, fanned by the battle over the crypto tax provision in the United States’ present infrastructure bill, has transcended to another level.

Smith expects that this level of coverage of the crypto sector would be maintained as crypto carved a place for itself in the country’s economy.

Despite the apparent paradigm shift in the attitude of mainstream media towards the crypto sector, there is still much that the media does not know or understand about it. As mentioned earlier, journalists covering the happenings inside the crypto sector often hold little to no knowledge of its lingo and other technicalities.

Such is the gap in the mainstream media’s technical knowledge of the sector that McKenna expressed her doubts about whether any mainstream media would know what an airdrop, a fork, or staking means. However, she went on to say that they still have to try.

Granted, the crypto sector and the various technologies that go with it are not the easiest to grasp. This is why Andrew Smith Lewis, the chief innovation officer at CAIS, an alternative investment platform for financial advisers, came up with a system of education courses for them. Smith Lewis’ course includes a course on blockchain and crypto fundamentals developed with Galaxy Digital.

However, the concepts in this prepared course were harder for financial advisers to understand than those in CAIS’ other financial courses. Smith Lewis divulged that in his estimate, it takes approximately three times longer to master key elements in the blockchain course than in CAIS’ hedge fund course.

Fortunately, there are now universities offering courses on cryptocurrency and decentralized finance online. Smith viewed this as a positive development, noting that “more education is always better than less.”

Samson Mow, on the other hand, remained skeptical. He pointed out that the problem lies not in the lack of education, but in the way that the financially privileged Western media perceives the world around it.

Regardless of the mainstream media’s current knowledge of the crypto sector, Smith noted that its capacity to sway the opinion of the public, or even those of regulators and lawmakers, cannot be denied. As such, Smith sees no other alternative for the crypto sector but to try and coexist with mainstream media and move forward with their work of bringing the sector to public awareness.