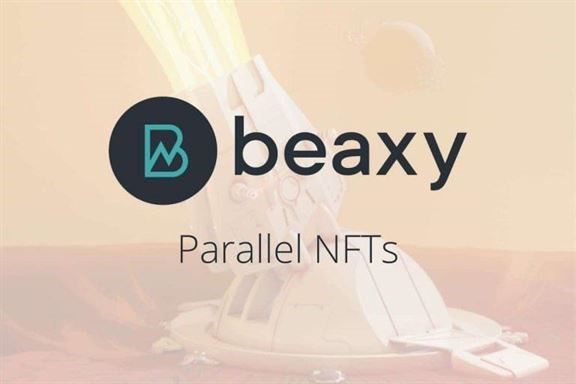 Parallel’s Sci-fi card game and NFTs are exploding in popularity among digital art and gaming collectors. The Parallel team conducts quarterly pack drops to add more digital assets to the market and showcase new characters or abilities that can be used in the upcoming card game.

Parallel is a sci-fi card game that will feature NFT-only assets within the game. Based on exciting new lore, the story follows five sets of ‘Parallels’ as they develop civilizations away from a once inhabitable Earth. The five groups of Parallel cards include the Earthen, Marcolian, Kathari, Augencore, and The Shourd.

Each Parallel set has its own unique characters, features, and abilities. While the gaming software has not yet been released, collectors are already jumping on the non-fungible token (NFT) cards. The first two pack drops from the Parallel team have been completed. Those cards are now trading between 20 and 100 times their reservation price on secondary markets such as OpenSea.

The Parallel universe has a robust economic structure that allows participants to accrue value along with the project as it grows. For every sale of a Parallel digital asset, 10% of the income goes back to the Parallel team. A portion of those funds is then added to the prize pool for future Parallel tournaments.

By adding a 10% commission to every card that is sold, the project ensures that its expenses and tournaments will be well-funded. One can argue that the structure adds much more than 10% to the value of your cards. If the game attracts nearly as much excitement as the NFTs, the demand to purchase or rent the cards to use in competitions, with potentially 7-figure prizes, will be enormous.

In this article, we provide a deeper explanation of the store behind each Parallel set along with instructions for how to value and purchase cards for your personal collection and tournament decks.

The story begins far off into the future. As inhabitants of Earth grow hopeless from a stark lack of food and energy sources, scientists turn to experiments with anti-matter as a last-ditch effort to sustain life on the planet. The results were catastrophic and the planet was engulfed in radiation. As world leaders see the threat of extinction looming, they shift the planet’s focus to a mass exodus from Earth.

The reaming resources were used to build and power massive spacecraft that would allow the survivors to build new civilizations throughout space. One group traveled to Mars. Another to Jupiter’s Europa moon. Two went to the edges of the asteroid belt. Some stayed or were left behind on Earth.

As time passed, the Parallels found success in growing their new colonies away from Earth. But, they could not anticipate what was soon to unfold back on their home planet. The Event, known as The Priming started the chain reaction that flooded Earth with radiation. Once The Priming had been completed, something completely unexpected happened. The result? Earth became Primed, bursting with harvestable energy. This lead to a new technological age on Earth that caught the attention of the Parallels scattered throughout space. This is where the gaming aspect comes into play. Now, each Parallel is determined to take Earth back for itself. As Parallel puts it, “Conflict was inevitable, and the outcome is still unknown.” The Parallel team releases new batches of NFT cards once per quarter. Each card represents a character, strategy, or ability and is dedicated to one Parallel set. With the exception of the Universal card which can be used in-game with any Parallel set you choose.

The Earthen Parallel set is made up of those who chose not to flee Earth. Sadly, the radiation that resulted from The Event killed off most of the remaining humans. A subset, The Earthen, were born with rare skin that did not leave them vulnerable to radiation. After The Priming, The Earthen became connected to Earth and could manipulate its features at will.

The Marcolian Parallel settled on Mars. Referring to themselves as “Mars Colonists”, the Marcolian attempted to build a perfect civilization. As their colonies grew on this journey, so did their egos. The Marcolian are determined to leverage their scientific superiority to take back Earth and explore all of the power that The Priming unleashed.

The Augencore did not settle on any planets or moons but chose instead to build their new civilization out of their spacecraft. To sustain life, they mine whatever resources can be found in space. In order to survive such harsh conditions, the Augencore use bionic technology to modify and augment themselves.

After The Event, the Kathari made their way to Jupiter’s moon, Europa. Unfortunately, the Kathari became infertile as their only source of nutrition was from genetically modified food. To continue the growth of their colony, they turned to cloning. Once they became proficient with the process, the Kathari sought to optimize the human genome. Now, they embody physical and aesthetic perfection. Even in their shared perfection, they must know if Earth now holds the key for the Kathari to return to a more natural and purified way of life.

The Shroud were sent out to the edges of space many years before the Earth’s collapse. They went aboard a ship called the New Dawn. The Shroud were scientists, farmers, intellectuals, and soldiers. Everything that civilization would need to build a new home in distant space. But, things did not go according to plan. Their ship was destroyed along the way and sucked into a black hole. They now exist where no others have ever been. They are one with the black hole.

Universal cards can be thought of as a wild card. The Universal cards provide you with strategies and abilities that can be played in your deck along with another group of Parallel cards. For instance, if you choose to play as Marcolian, your in-game deck can consist only of Marcolian and Universal cards.

How to Value and Buy Parallel NFT Cards

Parallel NFT gaming cards were first released in 2021. The existing cards can only be purchased on secondary markets such as OpenSea or Rarible. The next official card pack drop from the Parallel team will take place in October of 2022. With so much hype around the next drop in October, only the ‘lucky ones’ will get their hands on a pack. In the first card drop, packs were purchased for between 0.01 and 0.3 ETH. On the secondary markets, these cards are trading for 10-100 times their initial pack price.

Many anticipate the same reaction for the October card drop which is bringing a ton of eyeballs to the Parallel universe. As there are many reasons to be bullish about Parallel, we’ll discuss how to value and purchase cards on the secondary market.

In order to estimate the value of a Parallel card, look at four different criteria that include rarity, popularity, aesthetics, and card power.

Rarity is easy to ascertain. Just check the bottom left corner of a Parallel card. Rarer cards will command higher values relative to more common Parallel cards. In terms of investing for value, rarity should be a top priority.

Popularity is also fairly easy to ascertain. If you are looking at a card on OpenSea, check the eye icon at the top of the page to determine how many accounts looked at that card. Cards getting relatively high views also get your attention.

This rule is simple, all things being equal, cards with more powerful abilities will trade at higher prices. That being said, card power is mostly under wraps for now. The team will be releasing more information about what each card does in the future.

Parallel and The Broader Market

Parallel is an exciting project that has the opportunity to command staggering valuations in the future. But, what does this mean for the broader cryptocurrency industry? As more and more games are built on popular blockchains like Ethereum, the value of those chains can exponentially grow as well. Parallel is just one example of a project that is upping the fees collected by the Ethereum network.

The gaming industry currently brings in more than $100 billion per year. It will be fascinating to see how much of that value will be transferred to blockchain-based cryptocurrencies over the next decade.