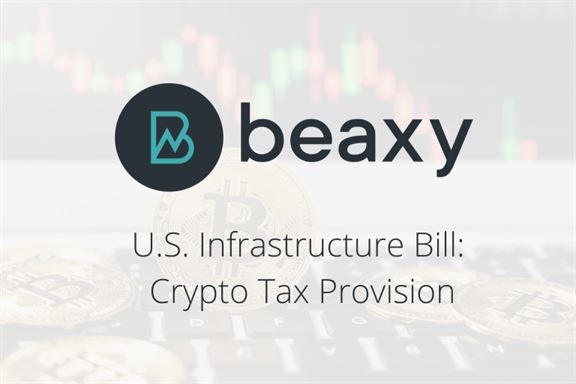 The House of Representatives is set to vote on the United States’ $1 trillion infrastructure bill next month. President Joe Biden’s pet bill amassed overwhelming support from the Senate last month, with a vote of 69-30. However, despite months of intense calls from its crypto-inclined critics, the Senate moved to pass the bill’s original form, ignoring important amendment proposals to its cryptocurrency provisions.

Criticisms from the cryptocurrency industry stemmed from the controversies surrounding the vague definition of the term “broker” who, under the bill, will be subjected to tax reporting to the Internal Revenue Service.

While the next step on finalizing the bill is on track, the issuance of guidance from the Federal Treasury Department is now being anticipated by tax lawyers for possible provisions concerning cryptocurrency tax.

Before the Senate even got the chance to pass the bill, it first created much drama, particularly from the crypto industry that paused and restarted the proposed bill’s hearing.

In passing a law, any term included on the bill must be clearly defined. By any chance it stirs some questions, responsible parties should consider the concerns that may arise.

This was precisely what happened with the provisions concerning tax compliance that may be enforced to cryptocurrency brokers. For its most staunch critics, the term “broker” appeared too broad. Leading to a call for lawmakers to amend and narrow its definition.

In the current version of the bill, “broker” is defined as any individual who regularly facilitates and provides service in transferring assets on behalf of another person. It can potentially include software developers, hardware manufacturers, and even anyone involved in cryptocurrency mining. The rule would establish a requirement to collect and report information about its users. A Cryptocurrency that uses a decentralized financial system does not have this kind of functionality.

For this matter, two amendments were proposed, the Wyden-Toomey and Portman-Warner amendments.

The second one, which was less-favored by the crypto industry, was submitted by Senators Rob Portman (R-OH) and Mark Warner (D-VA). The two proposed exempting miners who use Proof of Work systems and only include the lesser energy-consuming Proof of Stake system on the crypto tax compliance.

As mentioned, despite rigorous efforts, both amendments did not make it to the Senate’s final version of the bill, hugely disappointing the crypto industry.

There is an existing concern that if the House of Representatives passed the bill with no amendments again, some crypto industry participants might not comply.

For Nathan Giesselman of a multinational law firm in New York City, Skadden, Arps, Slate, Meagher & Flom LLP, the current bill version poses a risk of making an individual, who does not have the same role as a traditional broker in acquiring the needed customer information, be accountable. This said limitation will make it impossible for an individual to comply with the mandated tax reporting. 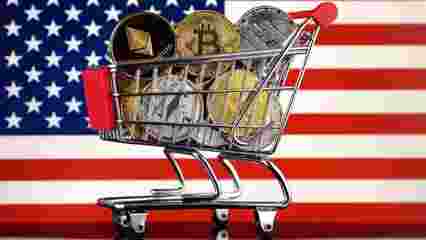 The IRC definition for broker is “(A) a dealer, (B) a barter exchange, and (C) any other person who (for a consideration) regularly acts as a middleman with respect to property or services”. Exempted individuals are those “with respect to activities consisting of managing a farm on behalf of another person.”

However, this move remains doubtful, with some tax lawyers unsure if the Treasury will commit to clarifying the broker definition, especially if the House failed to make the requested amendments.

The Internal Revenue Service (IRS) was “aggressively pursuing” crypto transaction taxes to increase tax revenue. The report, co-written by David Zaslowsky of the law firm Baker & McKenzie, noted that the inclusion of a question concerning crypto transactions at the top of the individual tax return form revealed the IRS’s objective.

The digital currency market has long been loosely regulated. In light of this, the provision was added for tax analysts as the Treasury does not believe that everyone is reporting to them as necessary.

Crypto exchanges will be mandated to maintain issuing 1099 forms for non-employment income under the proposed provision. Giesselman said that the number of exchanges that comply with the proposed rules was unclear.

The crypto industry was expected to raise $28 billion to help reach the $1 trillion fund for Biden’s infrastructure projects like public transit, roads, and bridges, among others. As of writing, the BTC to USD rate is at $47,786.96 per coin.

However, the crypto industry has clarified that their only and vital concern about the provision is the term “broker”. For Zaslowsky, using a close definition to the existing term may result in crypto miners being captured alone, not the broker. This results in higher revenues for the Treasury. However, Zaslowsky said he was unsure if this would be the case.

It was mentioned that, in practice, crypto exchanges would be the primary focus of the bill’s requirement. The extent to which regulators would go beyond these is still unknown.

“Is this going to pick up an enterprise that decides to mint its own stablecoin, mint its own cryptocurrency, their own [non-fungible tokens] and sell those in the market? Will these be caught?” Giesselman asked.

The bill, if passed into law, will not be implemented until 2023. For Zaslowsky, passing this without solving the concerns of its critics would be a problem. Gieselman believed the law’s enforcement would be likened to the enforced Foreign Account Tax Compliance Act (FATCA) in 2010.

The latter also drew criticisms. It was known for being so complicated that everyone asked for it to be fixed, and it took years to get it right.

For its provision, the Treasury, according to analysts, can provide guidelines for compliance, which will be open for public comments. It is important to note that these guidelines have no legal consequences until finalized. The Treasury may possibly consider the comments, and then make edits and clarifications on the initially provided regulations before giving its final version.

Another possibility was that the Treasury might give out proposed and temporary regulations with immediate effectiveness. However, a comment period may be given, and the final regulations may be provided after considering amendments based on the comments.

Finally, the Treasury may release a Notice outlining some key rules that will be included in the regulations when they are issued, allowing taxpayers to depend on these rules until the regulations are completed.

Whatever course the Treasury takes, Erin Fennimore, global head of information reporting in TaxBit, said change is inevitable, and addressing the controversy around the term “broker” remains crucial.

Why Forex Traders Are Turning to Crypto