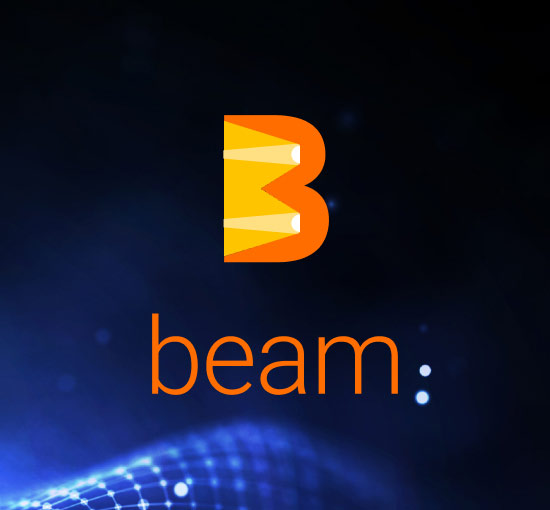 BEAM is a confidential, scalable cryptocurrency based on the MimbleWimble protocol. It is a global platform for payment transactions. The project is evolving and acquiring new features, such as DEX, atomic swaps, smart contracts, and shaders that are already available – all with increased privacy.

A key goal for BEAM is to provide direct and secure ways for clients to interact with projects. With this platform, all stakeholders and companies in the value chain will be able to set measurable goals with reasonable rewards for completion and drive the desired customer behavior.

History of the project

The BEAM team started with 18 people who launched the platform in March 2018. The developers are all quite experienced professionals. many of them have been part of startups and participated in software development.

In addition to the platform itself, BEAM is also a digital coin based on the Bitcoin blockchain. The company came up with the idea to create this asset only in 2019. They decided to use the protocol they presented in 2016, MimbleWimble, as a basis. The cryptocurrency runs on the Equihash hashing algorithm.

The key features the users enjoy

According to the information on the project’s official GitHub page, BEAM users can decide what information regarding transactions to share with the other participants and what to hide. That is, the emphasis is placed on absolute control of personal data and flexible adjustment of the level of transparency.

Another curious BEAM feature is that there are no addresses. Coins are controlled by users employing secret key sets. And the complementary Dandelion technology makes transaction routes arbitrary, thereby hiding network traffic.

Users tend to highlight the following advantages of BEAM

Nonprofit foundation. Instead of holding an ICO, STO, or another funding type, the BEAM developers launched a startup called Beam Development Ltd. The official project website lists 13 institutional investors who provided initial funding for the platform. In order to continue developing the coin and to pay salaries, BEAM has established a “treasury” that receives 20 BEAMs from each block created during its early years. In five years, it will be reduced to 10, and then the treasury will stop receiving BEAMs.

Currently, about 40–60 blocks are confirmed every hour, generating a minimum of 19,200 coins per day for the treasury. Assuming the number of transactions remains unchanged. At today’s exchange rate, the treasury will generate USD 10 million in a year. This should be enough to sustain project development, given the number of people on the team (there are 22 members as of now). The concept of a foundation with a treasury is reminiscent of Zcash.

As for the disadvantages, BEAM currently exhibits no weaknesses.

BEAM and Bitcoin are the most popular trading pair: BEAM/BTC. BEAM’s value changes frequently and dramatically; it’s a coin with a high degree of volatility. This produces advantageous trading conditions and quick profits. Because cryptocurrency traders can profit from both the increase and decrease in coin value, they have twice as many opportunities to make gains.

To trade BEAM, you need a cryptocurrency exchange account. When choosing one, take into account the other advantages a crypto exchange might provide you, including automated tools for market analysis. Competent cryptocurrency exchanges also provide free instructional tools to investors of all levels because it benefits them to raise their clients’ revenues, have them recommend the exchange to their friends, and have them post positive reviews online. 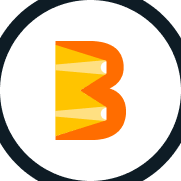 For individuals looking for transactions that are more discreet, the BEAM token is a fantastic choice. Beam utilizes a deflationary emissions strategy similar to that employed by Bitcoin, in which block rewards are gradually reduced by half, and its total supply will never exceed 263 million BEAM. You must register at a cryptocurrency exchange, deposit funds in any practical manner, and convert fiat money into Bitcoin in order to purchase BEAM. BEAM can be bought with Bitcoin, like the majority of “new” cryptocurrencies, for instance on the Beaxy exchange: beam - btc .

Once you have Bitcoin, you can buy BEAM by selecting the BEAM/BTC cryptocurrency pair. It all takes very little time, and if you have ever bought shares or fiat money, the procedure of buying cryptocurrencies will be very clear and familiar to you. Spend some time keeping an eye on the cryptocurrency’s price in order to purchase it at a lower cost.

Your personal analyst will also aid you in understanding the trading platform, picking the best plan for maximizing profits, and using automated assistants. All this enables even a beginner to invest in and trade cryptocurrencies. You only need a laptop or even a phone to trade on the Beaxy cryptocurrency exchange; no extra tools or specialized knowledge are needed. Join Beaxy if you’re ready to enter the fascinating world of investing with the assistance of experts and start earning money with digital currencies!