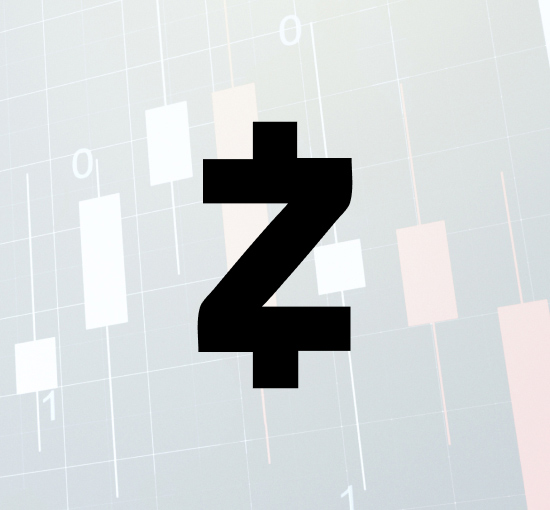 Even though Zcash (ZEC) is a late entrant to the cryptocurrency market, it is considered one of the most promising tokens. Zcash (ZEC) is well known for its high level of anonymity. It is one of the first open-source blockchain-based digital currencies.

Forecasting Zcash prices is no easy business. Still, some analysts believe that with the wider spread of cryptocurrencies in the world, coins such as Zcash will steadily increase in value, especially since they possess a great potential for development.

The fundamental disadvantage of cryptocurrencies like Bitcoin is that they hinder the mass adoption of the digital economy in business. This happens because transactions are performed in an ecosystem that stores them in a public blockchain for all to see. This violates the necessary privacy that many businesses must maintain, especially those focused on private services and tasks.

Zcash allows its users to make private transactions in a public blockchain while keeping all transactions private and password-protected. This ensures that Zcash will be well received by such companies, which in turn only increases the potential for a significant increase in its value.

The anonymity of all transactions and transfers is proven mathematically. After a transaction is completed, all information about it is automatically deleted. This is what made Zcash unique back then — there simply were no analogues on the digital market.

Zcash was founded in 2016 by Nathan and Zooko Wilcox. The project is headquartered in Denver, Colorado. Cryptologist Zooko Wilcox was a Bitcoin follower, but he was unhappy with the level of anonymity characteristic of its blockchain network. With Bitcoin, it is possible to trace information about the transactions conducted. The main idea of the creators of Zcash was a payment system that works on a decentralized public blockchain but does not disclose information about the sender, recipient, and transaction amounts. Renowned experts in the field of cryptography — such as the creator of Ethereum, Vitaly Buterin — were involved in the development of this new project.

It is worthy of note that before Zcash was launched, its creators did not open the premining and ICO. This distinguishes the coin from its counterparts.

Zcash uses the zK-SNARK zero-knowledge proof technology, which allows network nodes to verify transactions without having to disclose any sensitive information about the sender, recipient, and transaction amounts.

The Zcash (ZEC) coins are much more flexible and efficient than many other relatively popular cryptocurrencies because they are fully interchangeable. Coins like BTC, for example, depend on their previous records and history. But when it comes to Zcash transactions, previous entries have nothing to do with its efficiency.

Zcash can process transactions much faster than bitcoin. It is also more scalable. Scalability issues continue to plague Bitcoin users. When the market gets crowded, high fees and delays make it almost impossible to use cryptocurrency as a means of payment.

Unsurprisingly, the Zcash development team has been able to secure several major partnership projects since its emergence in the field. For example, JPMorgan, an American multinational financial conglomerate and one of the world’s largest banks, has partnered with Zcash to develop and incorporate the zk-SNARKs privacy protocol into its blockchain project. Bank executives said they predicted that the value of Zcash will approach $60,000 by 2025.

Ethereum is also working with Zcash to integrate its privacy technology into the Ethereum network. The cryptocurrency has also received support from the U.S. Defense Advanced Research Projects Agency (DARPA) and the Israeli Ministry of Science and Technology to further develop its cryptographic systems.

Zcash (ZEC) is mainly traded in pair with Bitcoin: ZEC/BTC. Zcash (ZEC) is considered a reasonably volatile coin, meaning that its value changes frequently and significantly. This is what provides good conditions for trading and increased earnings in a short time. Since trading cryptocurrencies allows you to earn not only on the rise in the value of the coin but also on its fall, traders get twice as many opportunities to profit.

To trade Zcash (ZEC), you need an account on a cryptocurrency exchange. When choosing a crypto exchange, pay attention to additional features that it can provide you with — for instance, automatic programs for market analysis. In addition, good crypto exchanges provide free educational materials for investors of all levels because it is profitable for them to make their clients earn more, recommend the exchange to their friends, and leave positive feedback on the Internet. 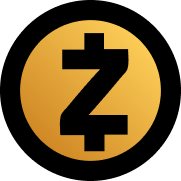 The Zcash token (ZEC) is a great option for those seeking more private transactions. This token is consistently in the top 20 cryptocurrencies in terms of market capitalization. The maximum issue of Zcash (ZEC), like that of Bitcoin, is limited. A total of 21 million Zcash coins can be issued. To buy Zcash, you need to register at a cryptocurrency exchange, deposit your funds in any convenient way, and exchange fiat currency for Bitcoin. Like most “young” cryptocurrencies, Zcash can be purchased with Bitcoins — on the Beaxy exchange, for example: zec - btc . Having acquired Bitcoin, you can choose the desired cryptocurrency pair ZEC/BTC and buy Zcash. All this takes a minimum amount of time, and if you have already purchased fiat currencies or shares, the process of buying cryptocurrencies will be familiar and clear to you. Monitor the rate of the cryptocurrency for a while to buy it at a better price.

To exchange Zcash, you will again need a cryptocurrency exchange and Bitcoin. You can exchange Zcash with Bitcoin — on the Beaxy exchange, for example: zec - btc . Apart from additional earning tools and training materials, the Beaxy crypto exchange assigns a personal analyst to each client. They will be in touch on weekdays during business hours and can answer any questions about trading, buying, and exchanging cryptocurrencies. Your personal analyst will also help you choose the most appropriate strategy for gaining increased profits, understand the trading platform and how to use automatic assistants. All this makes even a newbie capable of investing and trading in cryptocurrencies. To work on the Beaxy cryptocurrency exchange you only need a laptop or even a phone — no additional equipment or special knowledge required. If you are ready to start making money with digital currencies, join Beaxy and go into the exciting world of investing with the support of professionals!