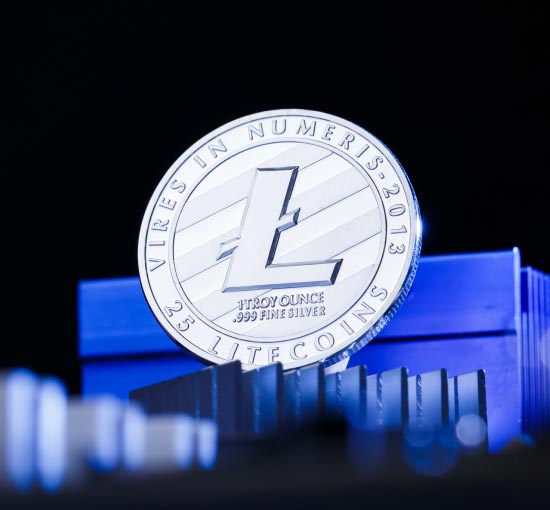 The history of Litecoin

Litecoin (LTC) is one of the first alternative cryptocurrencies based on the Bitcoin source code. Charles Lee, the creator of this altcoin, was aware of the enormous benefits of cryptocurrencies, the promise of the first cryptocurrency, Bitcoin, and its limitations in the world of the digital economy. That is why he decided to launch his own cryptocurrency that would be more perfect. Back in the day, Bitcoin had two significant disadvantages — a relatively long time required to complete transactions and fairly high transaction fees. Charles Lee decided to improve this with his Litecoin project.

Charles Lee, a programmer at Google, presented Litecoin in October 2011. The Litecoin team did not want to create a completely new cryptocurrency. They resolved to take the Bitcoin and enhance it so that the coin they created had more prospects in use. There even exists a popular comparison stating that Litecoin is silver in the world of digital currencies.

Initially, the new Litecoin (LTC) token struggled to compete with Bitcoin, as the audience preferred to trust the already established BTC with no desire to switch to other digital assets. However, as time went on and the blockchain technology advanced at breakneck speed, some inconveniences of Bitcoin became apparent with its active use. People accustomed to utilizing cryptocurrencies in daily life started to look for ways to reduce fees for their transactions, as well as to increase the speed of their execution. Bitcoin has become a popular asset for investment, but it could not satisfy people who use cryptocurrencies for day-to-day payments. Litecoin has become the solution to these problems.

This allowed Litecoin to reach a market capitalization of one billion U.S. dollars just two years after its launch. It was even in the top 3 cryptocurrencies by the market valuation for a long time.

The benefits of Litecoin

The Litecoin project team has also solved the problem of high transfer fees. To achieve this, they have introduced the Lightning Network innovation into their ecosystem. In essence, it is an additional blockchain that sits on top of the original blockchain. In 2017–2018, Bitcoin witnessed an unprecedented system load, with people having to pay a fee of up to 40% of the transaction to send a quick transfer. Meanwhile, there occurred a very telling transfer of 700,000 LTC for just 40 cents within the Litecoin ecosystem. This case is still fondly mentioned in financial publications and interviews.

At the same time, just like the No. 1 cryptocurrency, Litecoin provides user anonymity, features decentralization, and has open-source code.

Litecoin is one of the long-established digital currencies and blockchain-based payment systems. It is one of only two cryptocurrency platforms that can boast of being trouble-free for more than a decade of continuous operation. It is available on all major cryptocurrency exchanges, which only confirms its reliability.

For instance, when PayPal — one of the most popular electronic payment systems — introduced digital currencies as a payment method in 2018, Litecoin was among the four cryptocurrencies connected first.

Bitcoin cryptocurrency is now used more as a means of saving or multiplying funds. In recent years, there have also appeared many other cryptocurrencies that are suitable for daily use as a means of payment. With all that said, it is safe to say that Litecoin has established itself as a cryptocurrency that successfully combines both of these functions.

In order to profit from cryptocurrencies, people often use trading on a cryptocurrency exchange. There are many strategies that will suit investors with different levels of knowledge and experience, as well as various sizes of the desired investment. Litecoin (LTC) trading is mostly paired with bitcoin: LTC/BTC.

To gain the greatest profits, traders often use the strategy of fast deals (scalping), when transactions are made in minutes, the trader calculates the slightest changes in the value, and the profits from dozens or hundreds of such transactions add up to significant amounts. The high volatility of cryptocurrencies is great for this approach to trading. In addition, many traders choose medium-term trading, when the transaction is made in one or more days. In such cases, traders use trend indicators to determine with the greatest accuracy the further movement of the coin’s value. Some investors prefer long-term investments and hold assets for up to several years — with this method of trading, significant profits are only possible with a large initial investment. 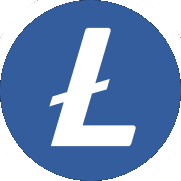 It is easier and safer to buy cryptocurrency on a cryptocurrency exchange. For example, you can buy Litecoin (LTC) with Bitcoin on the Beaxy exchange: ltc - btc . Since the maximum issue of Litecoin coin is limited, inflation risks become minimal. The rate of the cryptocurrency can be affected by news related to various competing projects, as well as trading volumes. If a large investor resolves to sell a large amount — well over the usual turnover — of coins in a day, the price may fall. It also works the other way around: if a huge amount of coins is bought in a day, the price can go up. There are many strategies and automatic helpers that analyze the market to determine the further movement of the asset’s value. When registering at the Beaxy cryptocurrency exchange, each customer gets a personal analyst, who stays in touch with them in a personal chat, ready to answer any questions. This opportunity can be used both by beginners and experienced market players who need professional advice.