The Neo blockchain project is a kind of a competitor to Ethereum, which was launched in its original form in 2014 as Antshares, being refined to its current version in 2021. Neo is China’s first open-source blockchain platform. The Neo blockchain platform is called a competitor to Ethereum as it pursues the same goals as Vitaly Buterin’s project — that is, the creation of a new digital economy with smart contracts, DeFi financial instruments, and a network of decentralized applications.

History of the Neo project

The founders of Neo are real experts in the world of digital technology. Da Hongfei is one of China’s most competent and important cryptocurrency experts. In his time, he founded the first active cryptocurrency community, which helped his country become familiar with new digital technologies after the creation of Bitcoin. Apart from the Neo project, Da Hongfei also created Onchain, a company that specializes in blockchain development.

Another founder, Erik Zhang, is a professional developer and recognized crypto-expert in China. He is known for creating the Delegated Byzantine Fault Tolerance (dBFT) algorithm, which controls rogue participants in the blockchain network. Zhang also improved the Neo 3.0 project chain.

Neo is a platform that uses two types of tokens at once: NEO, the control token, and NeoGas, an auxiliary token. NEO tokens are not shared, and their owners have rights in the management of the network — for instance, they are able to vote for changes in the parameters of this network. The maximum issue of such coins is 100 million. During the ICO, these exact 100 million coins were created. Half of them instantly went to the investors, while the other 50% were given to the Board to ensure the project’s long-term development. Of the reserved portion of the coins, which is 50 million, 10% was left to pay the developers and Board members, another 10% was used to motivate the ecosystem developers, 15% was saved for future investment in new related projects, and another 15% was prudently left for contingencies.

The NeoGas token is used to pay for transactions, for smart contracts within the Neo blockchain network, and is applied to various platform tools. The total issue of NeoGas is the same 100 million coins; it is estimated that it will not be achieved earlier than twenty years.

Each created block generates five NeoGas. The new tokens are distributed as follows: 10% goes to the NEO management token holders, 80% goes to those who vote, and another 10% — to the Board members themselves. At the same time, the number of generated NeoGas tokens can in theory be changed. This is exactly the kind of decision the Board makes.

The project is positioned as fully decentralized, the network is controlled by the holders of NEO tokens through voting. However, two internal organizations were created to coordinate them. The first one is a fund that sets new goals for the project, allocates the reserved assets for continuous development, and monitors actions within the ecosystem. The other one is the Board comprised of the blockchain project’s founders. They control all strategic and technical decisions, while the NEO token holders influence their decisions by voting.

Benefits of the Neo blockchain platform

A big advantage of the Neo project is that you are not required to learn a specific programming language to create smart contracts within the Neo ecosystem. The platform supports several popular languages, which allow for complex smart contracts to be deployed within the network.

It is possible to conduct ICOs and issue your own tokens based on the Neo network, as well as launch various dapps (decentralized financial instruments included).

The platform makes it possible to conduct transactions without the participation of third parties and with minimal transfer fees.

Another advantage is the support from Onchain, the company created by Neo’s founder. Among its partners are major global players such as NASA, Alibaba, Microsoft China, and Fosun Group.

Neo reached its maximum value in January 2018, with its exchange value exceeding $145. There was another spike in volatility in May 2021, when the value of Neo surpassed $115. At the time of writing, the value of Neo is approximately $10. Looking at the chart of the Neo cryptocurrency’s value, we can conclude that this is one of the fairly volatile coins, which means that it is ideal for traders. Since profits from the transaction can be made both on the rise and the fall in the value of the asset, all the ups and downs of Neo could bring substantial profits to astute traders. 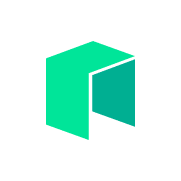 It is impossible to mine Neo. Still, you can use cryptocurrency exchanges to buy this coin. Since its release, the price of Neo has risen and fallen by tens of thousands of percent. Such price fluctuations allow traders to obtain increased profits from their investments.

You can buy Neo with Bitcoin on the Beaxy cryptocurrency exchange: neo - btc .

You can use a variety of strategies that suit you to make money with Neo. For example, you can buy Neo in the medium term — that is, for a period of one day to several weeks. In this case, you will be able to make a fairly regular profit on transactions. But there are also more “fast” strategies, such as scalping — in this case, it takes up to several minutes to buy and then sell the token. When using this strategy, investors can conduct up to a hundred trades a day, and the profits from them eventually add up to a substantial sum.

For the fastest and safest exchange of cryptocurrencies with minimal commissions, use a cryptocurrency exchange. You can exchange Neo with Bitcoin — on the Beaxy exchange, for example: neo - btc . This means that before you can get the desired amount of Neo, you will need to convert your funds to Bitcoin. Being the most popular cryptocurrency in the world, Bitcoin is paired with new or lesser-known coins. Nevertheless, converting to Bitcoin and then to Neo will take minimal time and effort. The Beaxy cryptocurrency exchange will enable you to conduct transactions in one click, helping you not to miss the perfect moment for buying or selling an asset. But it is not only about an innovative trading platform. The Beaxy cryptocurrency exchange provides its clients with a personal analyst who answers any questions about buying/selling assets and trading them along with many free training materials to enhance skills and investment returns. Dive into the fascinating world of investment with Beaxy!