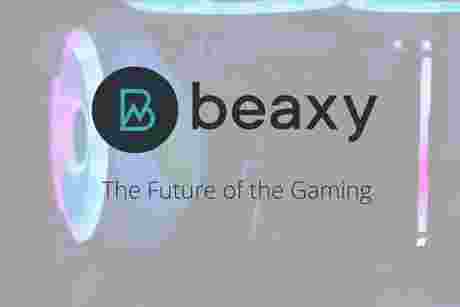 Blockchain is slowly becoming mainstream in the gaming industry, especially for gamers that invest real money in their favorite games. The power of blockchain has no limits, it is a vast database accessible for any game that supports it. Blockchain provides unlimited possibilities for gamers and developers to test their creativity as they develop and play games.

Before we dig deeper into why and how blockchain-based gaming will be beneficial in the future, let’s have a short explanation of what Blockchain is.

Blockchain is a database that stores a vast amount of information in ways that makes it nearly impossible to change or hack into. It is a digital log of duplicated transactions and is distributed across the blockchain’s complete network of computer systems. Each block in the chain contains several transactions, and every time a new transaction takes place on the blockchain, a record of that transaction is added to the ledger of each participant. Distributed Ledger Technology is a decentralized database administered by a wide array of participants (DLT).

How Safe is a Blockchain?

Each block in the Blockchain contains its hash and a previous block’s hash. If a hacker tampers with the hash of a particular block, it will cause the hash of the subsequent blocks to change, which will make the following block invalid due to the hash’s incorrect text. But since blockchain is distributed which uses a peer-to-peer (p2p) network where everyone can join. When someone joins the p2p network, they get access to the blockchain, and if someone creates a new block, that particular block is sent to everyone on the network, and each participant of the p2p will verify that specific block. If that block is verified, each participant will add it to their blockchain.

5 Reasons Why Blockchain is the Future for Gaming

Here are five of the primary reasons that Blockchain gaming can be beneficial for the future of gaming.

The blockchain database is open to the public and can be accessed and built on by anyone. Developers can use a hybridized architecture in which the economy runs on the blockchain, but the rest of the game is stored on centralized servers. This process will increase the security of the game economy while also promoting scarcity and deterring fraud.

All games die out as players get bored of playing it. If you get bored of a traditional video game, all of the assets you spent hours grinding will be put to waste as they have no value and will remain in that game. If that game shuts down, so do the items you have in that particular game. But unlike blockchain games. Gamers may also instantly move their assets between games, improving their overall gaming experience. Furthermore, because they are represented as digital tokens, people can exchange their stuff in games on the blockchain.

In traditional games, the assets you earn and acquire through playing the game are also acquired by other people. For example, you have a flaming sword, and other people can acquire that by doing the same thing. Unlike blockchain games, there’s proven ownership of assets in games. For example, you have a lightning sword, the ownership of the lightning sword is recorded and tracked on the blockchain. That means you will be the one and only owner of this particular asset. Other players can only own it if you distribute it or trade it with them. The blockchain can also record the past owners of the asset, which means wherever your lightning sword goes and whoever wields it will know the original owner of that particular item.

Suppose you have a particular asset like the NFT lightning sword in the example earlier. If the developer put only ten NFT pieces of that lightning sword, it will forever remain as ten pieces; it cannot be changed by the developer or a hacker mainly because blockchain is decentralized and based on consensus mechanisms that make it nearly impossible to alter or hack. This unique feature is the main reason gamers invest in blockchain games NFTs.

Earn While you play

Investing your time and grinding hours of gameplay to acquire certain in-game assets can be beneficial if you play blockchain games. The items you earn are NFTs that can be sold, traded, or turned into cryptocurrency, such as ETH to USD. The value of the assets you acquired or bought in your inventory or NFT wallet can rise over time as more people get into the game, which means the assets you have can be sold at a higher price in the future if you hold onto it, unlike the traditional games where you won’t be benefitting from the assets you work hard on.

Game developers can also pre-launch in-game NFTs which can be bought before the game even releases giving you an early advantage of investing in an asset or simply collecting it. These launches are called NFT drops.

Some gamers ruin the excitement in gaming by exploiting cheats and injecting them into games. Many games are prone to cheats and hackers even though multiple game developers developed anti-cheat programs, there are still hackers that can bypass them.

There are many more advantages to blockchain based gaming. We barely scratched the surface!

Some people will say blockchain games ruin the idea of enjoying games because it’s becoming a way to earn money. Blockchain gaming is not just limited to making and investing NFTs. Its limitless possibilities can give birth to a new era of video games in the future. Taking ownership of an in-game item and bringing it to different games, and trading it with other players can make games more interactive.

Blockchain gaming has its unique features and can be mainstream in the future. Many blockchain games are already in development, released in the coming years. Some have already launched their NFT drops for gamers to acquire and purchase.

An Expanding Universe of Potential Investment