Top Blockchain Startups: In the Metaverse 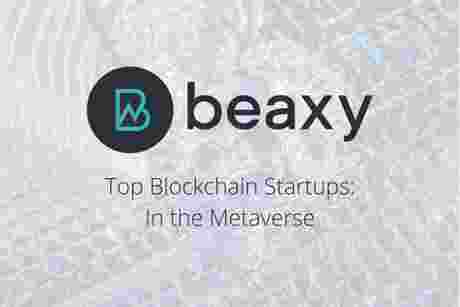 The term ‘metaverse’ originates from Neal Stephenson’s famous Snow Crash, a best-selling science-fiction novel that was published thirty years ago. Today, mainstream audiences got a clear glimpse into what the metaverse will likely evolve into through the popular film Ready Player One. In its essence, a metaverse is a vast and robust virtual world that is expected to more closely resemble reality over the coming decades.

Many doubted the potential of a metaverse to gain mainstream popularity in the short-term.That was until Facebook’s CEO Mark Zuckerberg announced that it’s nearly $1 trillion dollar company, Facebook, would change its name to Meta and focus its efforts on developing a centrally-controlled virtual reality. A metaverse built by Facebook would be easily accessible to its 2.9 billion users. Making a clear case that mainstream adoption of such platforms is a virtual certainty.

To further that point, the market for attention often sets its sights on the youth. Young gamers have shown a preference for applications and games that focus on world building and virtual realities. This can be seen in wildly successful games such as Fortnite, Minecraft, and Roblox.

A more important inquiry for blockchain enthusiasts questions the ability of a decentralized metaverse, free of censorship and misaligned incentives, to compete on a wide scale with the likes of Facebook.

What Is the Full Potential of the Metaverse

In the cryptocurrency market, metaverse plays are becoming a popular investment as marketcaps for these projects have exploded upward following Facebooks’s Meta announcement. As it stands, the top blockchain projects that are building decentralized metaverses include Decentraland ($MANA), Axie Infinity (AXS), Sandbox (SAND), and more. Many investors expect these valuations to mimic that of the dot-com bubble from the 1990’s into the early 2000’s.

On a long enough time frame, that equates to many projects growing rapidly in value. Followed by steep declines whereby marketshare is consolidated towards a handful of the top surviving projects. And, a continuation of rapid growth in value as the major metaverses become the future of the internet. If crypto has taught us anything, this cycle of expansions and contractions would likely happen in a shorter period of time relative to the internet bubble from the early 2000’s.

Even in its beginning phase, Bloomberg analysts estimate that the total value captured by the metaverse market to be in the neighborhood of $500 billion dollars. With expectations that this market will grow to nearly $800 billion by 2025.

For now, that is just speculation. But, you’d have to wonder, given the existence of virtual worlds where users can attain true ownership of their virtual life and the items contained in it, what would incentivize someone to spend their time, money, and effort building a virtual life where they don’t actually own anything?

Investors are currently using digital currencies like $MANA to purchase virtual real-estate in the Decentraland metaverse. Others are purchasing NFT with ethereum’s native token, ETH, that they can display in their virtual art gallery inside the house they built in the metaverse.

The growing appetite for metaverse investments can also been found in the Metaverse ETF, an exchange-traded fund registered by Roundhill Investments founder Matthew Ball. The ETF buys a collection of stocks that stand to gain the most as metaverse projects. The companies held in the ETF include Nvidia, Roblox Corp, Microsoft, Meta Platforms Inc. (Facebook), Apple, and more. The Metaverse ETF is traded under the $META ticker on the New York Stock Exchange (NYSE). At time of writing, the median market capitalization of the META ETF stands at $70.9 billion while holding $800 million is assets under management (AUM).

The Metaverse on Beaxy Exchange

At Beaxy, we are excited to see the growing popularity of the metaverse as it signals, in a general sense, that internet users around the world are ready and willing to participate in virtual settings that are centered around virtual currencies and blockchain technology.

Through decentralized virtual realities, billions of people will gain access to social, financial, and educational opportunities that would otherwise be unavailable. We are committed to supporting the growth of this industry in the coming years by working with metaverse projects to make their virtual realities more accessible and helping users bridge the gap from the traditional web 2 internet architecture to one that is decentralized and open for all.

Get started by creating your free account at Beaxy.com to buy, sell, or trade dozens of cryptocurrencies on a secure, U.S. regulated exchange.