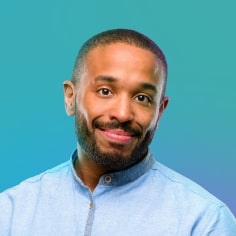 James has over thirteen years of experience in trading, four of which he has spent mentoring beginner traders. James develops profitable strategies, trading plans, and step-by-step guides on market analysis. Thanks to his help, hundreds of beginners around the world have already achieved success in the crypto exchange business!

Since the onset of the COVID-19 pandemic, the surge in the number of people getting into the cryptocurrency sector has continually increased. As the number of participants increased, so did the popularity of all things…

Twitter launched a tipping feature on its platform on May 6, 2021. Twitter developers came up with the ‘Tip Jar’ to provide Twitter users a more accessible and more systematic way of financially supporting each…

Society has seen a lot of changes in recent years. The various technological advances have pushed humanity’s innovations further and further. From the transformation of our modes of communication to the development of numerous mobile…

Beaxy Exchange adds support for Polkadot (DOT) deposits, withdrawals, and trading for DOT-BTC. DOT is the native token for Polkadot, cryptos leading innovator for blockchain interoperability. What is Polkadot? Polkadot is a blockchain protocol with…

On Tuesday, September 7th, 2021, El Salvador made history by becoming the first country to recognize Bitcoin as a legal tender that can be used to buy and sell all goods and services. The First…

Since the development of the first barter system, society has developed the system of trading further and further. From the simple trading of one good for another to the more complex assets that consist of…

Bitcoin for Your Retirement Plan

In recent times, cryptocurrency appears to be a favorable alternative asset among investors. Despite having the reputation to be riskier, compared with other assets because of its volatility and its potential to be hacked, the…

What are Wrapped Tokens?

Wrapped tokens exist to expand the interoperability between existing blockchain protocols such as the Bitcoin and Ethereum networks. Wrapping tokens is a method used to sidestep the compatibility issues between most blockchains so that non-native…